In my ‘old days’ as a 5years innocent but naughty and nosy boy, I recorded with my two small eyes a bloody fight that occurred in my local church which I later saved the unedited file in my tiny head. As I revisited the video gallery in my ‘big head’ currently, I watched a clip where one of my uncle’s head was bleeding after being hit by a flying stone in a church compound. Curiosity overwhelmed me and I couldn’t control myself and pressed the rewind button.

As I was rewinding I saw older men and women walking in to the church gate with all manner of crude weapons: Machetes, Knives, Firewood pieces, whips, swords, hammers, nails, Jembes and all types of Shamba tools, shockingly none was carrying a bible. At first they got me thinking that Calvary ‘where Jesus was crucified’ has miraculously migrated to their church compound. As I erased that superstitious idea another crazy idea stated that; maybe there was Community project in the church.

The two ideas didn’t make sense, because why would one need a Jembe to crucify Jesus? And why would one need a whip for communal work? Since the two ideas didn’t make sense, I decided to press the rewind button again. In the 5th second in the clip, it was a Sunday afternoon in the church hall and “anointed men and women” were seated in the pews as they faced the man of the cloth. The man of the cloth was presiding over church leaders’ elections or the so called nominations. Things were going on well until this short old man stood up and said nomination will not take place because he is the one chosen to be the Chairman of that church until he departs the earth. The pews could not hold the weights anymore as the bodies of the angry congregation went against the law of gravity and stood up to produce screams and curses. I had to mute the audio first to allow obscene words in the church pass. The last thing my mental video contained were two groups in the church fighting with fists, I think my mum got me out of that place before my two eyes which acted well than journalistic cameras in a crises could record any more. 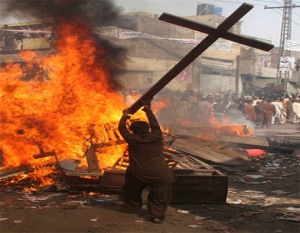 News that make headlines in many cases have a Subject Matter Expert (SME) to offer insights and additional information to enable the public understand the situation. In my case I decided to employ the same theory and searched for a SME. My SME was my old grandmother who at the introduction of his opinion stated that my grandfather who was a reverend in this church had being imprisoned in Kamiti Maximum prison for this church wrangles. She also informed me that the short old man became the Chairman of that Church until his soul escaped the Earth, this happened after a division occurred in that church which gave birth to her current church now. “mwana wa mwana wakwa” “My child of my child’ she called as she began her opinion “Religion should not cause war ever!” She said and added nothing else.

Today, as an adult being in the media world and using real cameras now rather than my tiny eyes, watching real videos on TV screens rather than my mental video gallery and reading opinions from SMEs on the Newspapers; I live as a confused lot from my grandmother words that ‘RELIGION SHOULD NEVER CAUSE WAR’. Not until I found myself as a blogger and a journalist, and my duty was calling me to offer opinions and inform the public…. Look out for the opinions in the next blogpost coming soon focusing on Al-Shabaab, Muslims, Christians and Atheists of “Does Religion cause war and violence? “part 2

For now help me answer this Question: Does Religion cause war and violence?

33 thoughts on “DOES RELIGION CAUSE WAR? part 1”