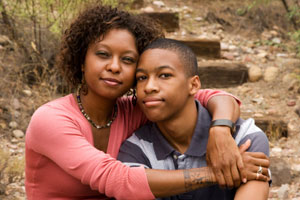 One year ago, on a sunny bright Wednesday afternoon; Omondi, Kamau and Mr Lucy out of coincidence sat closely in a lecture room waiting for a lecture to begin. One interesting aspect of the three young men is that they have fewer similarities compared to their differences which are enough to cause World War III.

Omondi is an extrovert who is full of pride and always up to make a point even in cases that don’t need a point. Physically he is tall, very dark and a lot *read: huge. Kamau on the other hand is an introvert, very shy, naïve and laughs even when there is nothing funny, but ironically he is very wise. He is very short, fat and yellow-yellow *read: brown.

The third guy is tall, dark and shaggy. Mr Lucy is a reptile kind of a guy who changes according to situations and contexts. That makes his personality a combination of extrovert and introvert traits. Due to this, he looks so confused and always restless even in situations that call for calmness.

Despite their diversity, a common ground of understanding existed between them. They were all young, vibrant and full of life. With this similarity it didn’t call for a power bank to start a conversation between them, as they waited for the all-time late campus lecturer.

“Men brought up by single mothers are independent”, Omondi ignited the conversation

“Omondi would you mind explaining to us how independent they are?” Kamau threw in the question.

Omondi produced a very big smile as if he was waiting for such an opportunity to prove a point. He started by describing how sons of single mothers are independent. He also pointed out that they are so self-centred and selfish and that makes them independent in a way. To support his skewed theory, he scratched his big dark head and oozed out some examples. In his illogical examples he pointed out that when it comes to matters of finances they never borrow neither do they lend others.

“Huhuhu hehe!”, Mr Lucy laughed sarcastically. In line with it, Omondi took off his glasses and shot daggers at him and continued rumbling, “Mr Lucy I know you are a son of a single mother and I don’t expect you to agree with me”, Omondi continued as he adopted a defensive tone. He explained to Mr Lucy how he loves bragging and how self-centred he is. The conversation took another path when Omondi attributed Mr Lucy’s Single status to the single parent upbringing, as he explained how he was not trained to handle women.

There was drama in the room after Mr Lucy blew a fuse and the seat could no longer hold his unstable condition. He stood up to prove his point verbally and physically just incase the former failed to convince Omondi. But before the action rolled, Kamau interrupted and advised Omondi to stop being personal as he ordered Mr Lucy to sit and compose himself. Suddenly out of nowhere, the Lecturer appeared and Mr Lucy’s chance to prove a point expired.

He later recovered from the bitterness but his head turned into an Olympic field where some questions were running without winning even a single medal. He kept wondering what is wrong with a man who is brought up by a woman. What is wrong with boys with female surnames? Do they have some kind of retarded growth? Is it their mistake to grow in such families?

No question completed the race as he reflected on his past experiences. His mind dashed back to class four, first term where all the kids introduced themselves with their dads surname name and when it was his time he introduced himself as Lucy. Mr Lucy clearly recalls the weird look he received from the literate teacher assisted by the illiterate class four pupils. They all looked at him as if he committed a crime against humanity and needed an ICC prosecution. 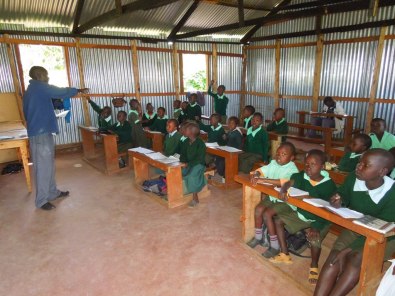 The situation was critical for him in class one, during break time every kid would tell a story about how their dad did this and that. It was always a low moment to kids like Mr Lucy who were born to be story tellers but they had nothing to narrate about their dads. And that is how he learned to write since nobody had the power to control his narrative as scripted down by the pen.

In his Primary school life, at a particular point he stopped referring to himself as Lucy and adopted the surname ‘Kabui’ which belonged to his late grandpa. In his innocence he assumed that he could just use the name since nobody alive was known by it since the man who owned it was no more. Somehow it was a path of seeking identity and fitting to the patriarchal community that shaped his innocent mind to believe nobody should be referred with a woman’s name.

Mr Lucy’s Story will be continued tomorrow, for now tell me:

What is the problem with men brought up by single mothers? And is it wrong for a boy to use the name of a woman as a surname?